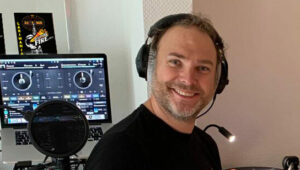 Larsmania aka Lars is the host of the Vinyl Is Final show which comes to you live from Düsseldorf, Germany every other Sunday morning at 2 am PT/11 am CEST with a rebroadcast alternating Wednesdays at 12pm PT/9 pm CEST. The show brings listeners a colorful mix of music both new and old spanning all genres. Join Lars as he takes you into his world of vinyl and crate digging. He’s working on interviews with local Electri_City and Kraftwerk community members and is actively sneaking into shows to bring you surreptitious recordings of local bands. Lars started burning in 2013 and enjoys traveling with his beautiful wife Elke, knitting, dressing up like a bunny and trainspotting in his spare time. 2019 will mark his third visit to BRC. You can reach him at lars@larsmania.com 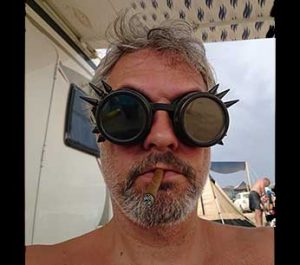 I studied classical music (violin) at the conservatory in Utrecht. Unfortunately it didn’t work out as I quickly discovered that the classical world in general is quite adverse to synths and electronics. So I decided to switch to something else I love: computers and hacking. That became my career. However music always remains a passion. […]